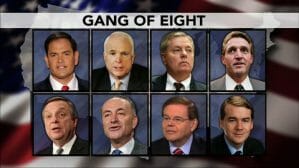 June 12, 2013, Newark, NJ- The much anticipated immigration reform bill cleared its first legislative hurdle this week, and is now on the Senate floor for open debate of the approximately 300 amendments added to the bill post-committee. If the reform bill passes it will mean extensive changes to the legal immigration system and new avenues for immigrants to gain legal status.

The reform bill, drafted by the Senate’s “Gang of Eight,” addresses a number of issues including an increase in the number of work visas, deferred deportation for young immigrants, tighter border control and an employment verification system.

Increasing the number of temporary work visas is one of the least controversial reforms proposed in the bill. The proposed new law seeks to increase temporary work visas granted to workers in the science, math, and technology fields incrementally over the next 10 years. Also, there would be more visas available for workers without those qualifications who are often employed in the agricultural and hospitality industries.

The bill also addresses the plight of young immigrants whose parents brought them into the country when they were young children. Many of these young Americans referred to as DREAMers grow up unaware they are undocumented, and have lived in the U.S. nearly their entire lives. The reform bill would allow these young people to apply for temporary status, known as Deferred Action, which will prevent deportation and, give them the chance to pursue citizenship after meeting their visa requirements.

Central to bill is the pathway to citizenship that would allow some of the 11 million undocumented immigrants currently living in the U.S. the opportunity to obtain a green card within ten years. A green card is the prerequisite to becoming a naturalized U.S. citizen.

In order to obtain a green card and citizenship, immigrants will be required to pay a $1,000 fine, have cleared a background check showing they have no felony criminal convictions (or certain other criminal convictions such as crimes of moral turpitude), maintain a continuous presence in the U.S., meet specific work requirements and learn English.

The pathway to citizenship won’t be easy so immigrants are likely to they require the assistance of an immigration attorney to explain the numerous requirements and obligations they must meet.

The pathway to citizenship is the key to solving the nation’s most pressing immigration issue: the extraordinarily high number of undocumented immigrants present in the U.S. The current immigration laws are so complex, restrictive and difficult to navigate that many people must and live in the shadows, despite being long-term, law-abiding and productive members of our society.

Under current immigration law, there are a still number of ways an immigrant can enter and stay in the country legally. The immigration reform does not change the complexity of the process of obtaining visas nor will it eliminate the prospect that non-citizen could be deported. These issues will require you to have a skilled immigration attorney on your side. There are, and will be many imposters, such as notarios, consultants, paralegals and people posing as lawyers trying to take advantage of people following the pathway to citizenship. Anyone seeking to gain legal status should be sure to use an immigration lawyer, and be sure that person is an experienced immigration lawyer. If you need help with any immigration-related issue, Newark attorney Eric Mark will be personally dedicated to your case, assuring your rights are protected and giving you the best chance to obtain your goal. 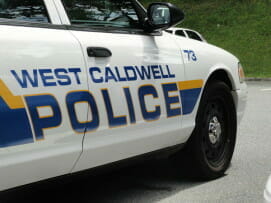 The police chase began around 3:30 a.m. when West Caldwell police attempted to stop a Jeep carrying five passengers. Police allege the vehicle did not stop when lights and sirens were activated, the Patch reported.

The allegations include that the Jeep made several  turns and continued two miles before clipping a patrol car and crashing into a building after going through trees and sidewalk planters.

Police state all five suspects fled the crashed vehicle in different directions. Four of the suspects were apprehended immediately. In the end, the Patch reported, police from five districts, Caldwell, North Caldwell, West Caldwell, Roseland and Essex Fells, were involved in the pursuit and ensuing arrests.

As police were taking the Jeep to an impound yard an officer spotted a shirtless man on I-280, arrested him, and  now claim he was their fifth suspect.

The Jeep had been reported stolen from Bernardsville with license plates stolen from Newark on Sunday.

Charges against the five suspect include eluding, resisting arrest, possession of stolen property. In addition to those charges, police charged one man with possession of a 9 mm handgun and another suspect with possession of crack cocaine. More charges may be forthcoming because police believe they are part of a ring of car thieves that have stolen over a dozen cars in the area since January, according to the Patch.

Essex Fells Police Department Vincent Kulik said, “There is a very strong possibility that they are a part of a ring we have been having in the past few months … throughout the West Essex area,” Kulik said. “This is quite a ring from what we can tell.”

These five young people are in deep with their criminal charges, which could land them in prison for five or more years and result in thousands of dollars in fines. If additional charges are levied, the potential consequences would also become even more severe.

Everyone, regardless of their crimes, deserves to have their constitutional rights protected and a strong defense asserted. Only a experienced criminal attorney is capable of building an effective defense and attacking the flaws in the State’s case. Newark criminal attorney Eric Mark has extensive experience in the criminal justice system and gives every client an aggressive defense in court to reach the best outcome for those clients,.

May 17, 2013, Newark, NJ- New York Jets running back Mike Goodson will soon learn the value of having a skilled defense attorney, following his run in with police, and subsequent arrest last weekend in Denville.

Goodson, who was just drafted to the Jets in March, was arrested late Friday night in what has been described by others as a bizarre arrest. The Irvington-native was a passenger in a SUV that had pulled over in the left center lane of Route 80. A passing tow-truck driver spotted Goodson, 25, and his friend Garant Evans, 31, just sitting in the Yukon and alerted police.

Once police arrived they found that both men were extremely intoxicated. Police said Goodson required medical attention and had him transported to a local hospital, NJ.com reported.

After a search of the vehicle, police discovered a small amount of marijuana in the SUV along with a .45 caliber loaded with a hollow point bullet hand-gun that neither of the men would claim, a police spokesman said, according NJ.com.  As of Friday, police were searching gun registries to determine who owns the gun.

Evans is facing the same charges as Goodson with an additional charge of DUI.

Since the state of New Jersey has fairly strict guns laws, Goodson and Evans both could be facing pretty lengthy jail sentences.  Under the Graves law, if either man pleads to the unlawful possession of a handgun charge they are facing a minimum of three years in jail. Hollow point or other armor piercing ammunition is illegal in the state which carries a minimum penalty of five years in jail.

The charges Goodson is facing could effectively end his two-month career with the Jets, but that is unclear at the moment. Goodson met with the Jets’ owner Woody Johnson on Monday to discuss his future with the team.

Following Goodson’s arrest, Johnson told reporters in Boston, “We’re at a point of investigating the facts.” Johnson said according to USA Today, “[General manager] John Idzik met with him this morning, he’ll meet with the coaches today. We’ll try to get the story on what the facts are and go from there.”

According to ESPN, new NFL players meet with their team and local law enforcement to discuss local gun laws. The NFL discourages its players from owning guns, but if they do, the agency insists that players have them legally registered.

Goodson may be facing serious jail time, but a criminal defense attorney will make it possible to avoid incarceration. Newark attorney Eric Mark is a former prosecutor so he is well-aware of how the state will pursue a case and how to build an effective defense.

Anyone facing criminal charges whether they are felonies or misdemeanors needs a strong attorney like Eric M. Mark, who is capable of either negotiating with prosecutors or building an effective defense strategy. Don’t risk your freedom contact Mr. Mark’s office immediately.