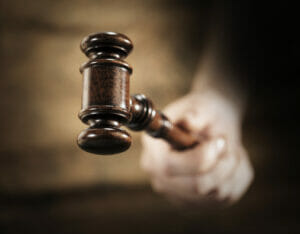 Elizabeth, New Jersey – On April 1, 2020 the New Jersey Supreme Court decided State v. Mark Jackson and State v. Jamie Monroe. Both defendants made recorded phone calls from county jails and the State used those recordings in the prosecutions. The trials courts both suppressed the evidence, but the Appellate Division reversed the suppressions and admitted the evidence. The Appellate Division reasoned the defendants did not have reasonable expectations of privacy in their phone calls from the jails because they were properly warned that all calls were recorded and could be used as evidence and because the calls were not to persons with whom any privilege attached.

While a talented criminal defense lawyer can help suppress some evidence or minimize the impact of other evidence, there are some things that not even the most talented lawyer is going to be extremely challenged to overcome. One example is a recording of the crime or a recorded admission such as occurred in these cases. Often a criminal defendant’s worst enemy is his or her own bad decisions. The takeaway here is to not pile one mistake or bad decision on others. If you are charged with a crime, whether you know you are guilty or innocent, protect yourself by keeping your mouth shut and hiring a lawyer as quickly as possible.

The Board of Immigration Appeals 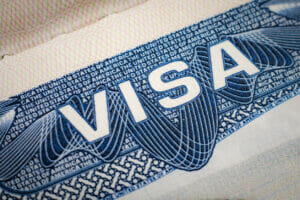 Jersey City, New Jersey – On March 31, 2020, the Board of Immigration Appeals (“The Board” or “the BIA”) decided Matter of J-J-G holding that when evaluating the exceptional and extremely unusual hardship element of cancellation of removal, an applicant seeking to establish the hardship based on a qualifying relative’s medical condition who is accompanying the relative to the country of removal must establish that adequate medical care for the condition is not reasonably available in the foreign country.

The evidence at the hearing established the respondent, JJG, was from Guatemala, had five US citizen children and a lawful permanent resident mother, the children would remain in the United States, but the respondent’s wife would accompany him to Guatemala. The respondent’s eight-year-old daughter suffered from hypothyroidism requiring medication that was covered by State benefits in the United States. In Guatemala, the mother testified the medication cost $1,100 and they would not be able to afford it, but also that she had previously received free medical care in Guatemala and she believed such care was still available. Two of the respondent’s other children had attended counseling previously, but were no longer attending counseling and did not require medication. The respondent’s mother suffered from hypertension, received social security, was able to attend medical appointments on her own, rented a room in her house and had other children who could help her in the respondent’s absence.

It is a respondent’s burden to establish the medical condition and its severity, as well as whether treatment is available in the foreign country. These elements are facts to be evaluated by the judge.

Here, the judge determined the hypothyroidism is possibly a serious medical condition, but the mother’s testimony as to the cost in Guatemala was not corroborated by reliable evidence and the child could continue to receive treatment in the United States after the respondent was removed. The judge also held there was insufficient evidence to conclude that treatment for hypothyroidism in Guatemala was not reasonably available or adequate, and the Board agreed. Regarding the mother’s hypertension, the judge found she could continue to receive treatment after the respondent’s removal. The respondent also argued financial hardships that he could not support his children from Guatemala, but the court and the BIA minimized the significance of these burdens because they are so common in in these situations. Lastly, the judge and the Board concluded that the cumulative impact of these conditions were not substantially different or beyond the normal hardships respondents and their families suffer from removal.

Certainly, the outcome here is sad, but it is not unexpected or unusual. The hardship standard for cancellation of removal is extremely difficult to satisfy. When pursuing cancellation of removal (or any other relief) in removal proceedings, it is essential to submit reliable evidence of every fact and assertion that supports the claim. In this case, the respondent failed to corroborate the country conditions and the facts to the requisite level. Researching, gathering and clearly identifying all the supporting evidence is often the difference between success and failure, which is why it is essential to involve an experienced and skilled attorney as early as possible. If you or someone you know is facing removal proceedings, contact the Jersey City immigration lawyers at the Law Office of Eric M. Mark.

Applying for Asylum in New Jersey 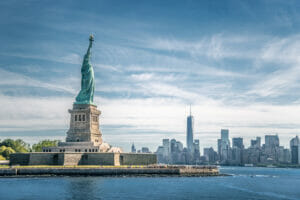 In order to be eligible for asylum, an applicant must demonstrate that she or he is a member of one of the protected classes (race, religion, nationality, political opinion or particular social group) and that there is a well-founded fear she or he would be persecuted if returned to his or her native country. When determining whether a well-founded fear of future persecution exists, having suffered past persecution creates a presumption the person would be persecuted again in the future. Sometimes we encounter cases where it seems so obvious a person should be granted asylum it is hard to imagine the government objects to such status. And sometimes, these cases are useful for establishing, or affirming, case law that may be used to help other applicants.

Such is the situation recently decided by the United States Court of Appeals for the Third Circuit in Sumaila v. Attorney General, decided on March 31, 2020. Mr. Sumaila was born and raised in Ghana. When his family observed him in a homosexual relationship, the response was immediate, verbally agressive, and violent. While disparaging and insulting his actions, his family and a crowd of others beat Mr. Sumaila and his partner with stones, wooden sticks and iron rods and dragged them into a courtyard. The mob debated how to kill them, by burning or beheading, while dousing the men in kerosene and brandishing a “cutlass,” which is a curved sword with a sharp edge like a machete. Mr. Sumaila managed to flee, naked and bleeding, and a friend drove him to a neighboring country. He has heard his father publicly disowned him and has pledged to kill him if provided the opportunity. Eventually, Mr. Sumaila found his way to the U.S. where he applied for asylum.

In its review, the Third Circuit confirmed that homosexuality is a protected Particular Social Group. The Third Circuit rejected the lower courts’ conclusion that the abuse Mr. Sumaila suffered was not on account of his homosexuality. There could be no question the violence was based on his homosexuality based on the sequence of events and language used by the mob.   The Third Circuit also clarified the standard for determining when death threats constitute persecution: death threats that are highly imminent, concrete and menacing and that cause significant actual suffering or harm are considered persecution. A threat is concrete when it is corroborated by credible evidence and it is menacing when it reveals an intention to inflict harm. Physical harm is not a requirement, but may be considered. The question to ask is, “Whether the aggregate effect of the applicant’s experience including or culminating in the threat, put the applicant’s life in peril or created an atmosphere of fear so oppressive that it severely curtailed his liberty.”

Having established these legal standards, the court soundly rejected the government’s argument to require actual harm or execution of the threat because doing so. The reasoning is obvious, such a standard would require the victim to gamble on his life rather than secure his safety, which is exactly what asylum and refugee law are trying to prevent. The court also rejected the lower courts’ mistaken exclusion of the threats in their analyses and their mistaken beliefs that a single incident could not constitute persecution or that physical harm or medial treatment is a requirement.

The Third Circuit concluded by warning the immigration judge to be more open-minded, to be more sensitive, and to ask more appropriate questions.

This opinion was a harsh rebuke of the BIA and the immigration judge. It is historically uncommon for appellate courts to criticize lower courts so harshly, but it is becoming more common as the immigration courts and immigration judges become more focused at deporting people at all costs rather than on fair and scholarly review of facts and application of law. It is sad that non-citizens must be able and willing to litigate for so long and at such great expense in order to even get a fair chance, but it is comforting to know that such a chance still exists. 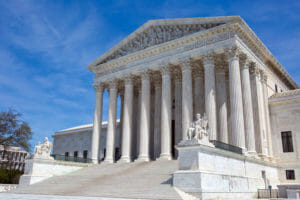 JERSEY CITY and NEWARK, New Jersey. Imagine losing your $42,000 car for selling what amounted to $400 dollars in drugs. Or, imagine failing to pay an $8 property tax bill and losing your whole home. Some states have been taking extreme steps in fining individuals who have been convicted of crimes. It is common practice for states and the federal government to seize assets that have been used in a crime. However, when it comes to seizing assets, how much should the government be permitted to take? Is asset seizure currently proportionate to the crimes committed? END_OF_DOCUMENT_TOKEN_TO_BE_REPLACED 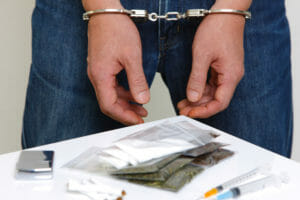 JERSEY CITY and NEWARK, New Jersey. If you’ve been charged with drug possession, you might be facing range of uncertainties. You might have many fears about the future. Whether you were caught with small amounts of a controlled substance or were found to be in possession of larger amounts, a drug possession charge can have a serious impact on your life. You could face jail time, probation, and end up with a criminal record. Fortunately, under the law, you are innocent until proven guilty. Every case is unique, and what follows is not intended to be legal advice, nor is it intended to replace the advice that drug possession attorneys, like the Law Office of Eric M. Mark in Jersey City and Newark, New Jersey can provide. Here are things to consider when fighting a drug possession charge: END_OF_DOCUMENT_TOKEN_TO_BE_REPLACED 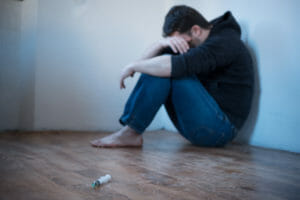 JERSEY CITY and NEWARK, New Jersey. According to the New Jersey Department of Law and Public Safety, earlier this year two men were sent to prison after authorities seized record amounts of fentanyl. Fentanyl is incredibly lethal and is responsible for many overdoses. One of the ways the state of New Jersey has approached the opioid crisis is to prosecute major drug traffickers, prosecute doctors who overprescribe opioids, and fight drug manufacturers who profit from abuse and overuse of these drugs. In 2016 alone, 800 people died due to fentanyl overdoses. Fentanyl is often mixed with heroin or cocaine to increase its potency. However, when dealers make dosage errors, users can suffer overdoses. END_OF_DOCUMENT_TOKEN_TO_BE_REPLACED